This enrichment was cast as part of a portland cement facade around in 1850 and is a small part of an ongoing conservation project.

To replace the missing detail I will need to remodel a small section of the original detail , before taking several rubber moulds to form a finished master for the cement casting. 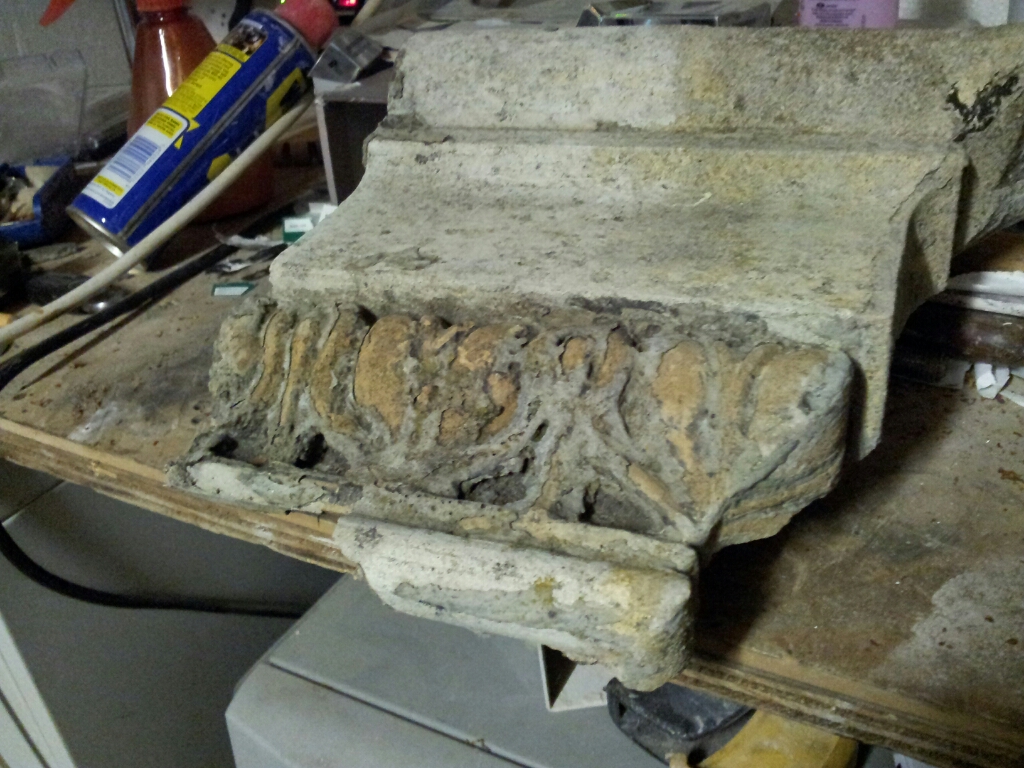 The first stage is to remove as much of the dirt and build up as possible without damaging the original material. 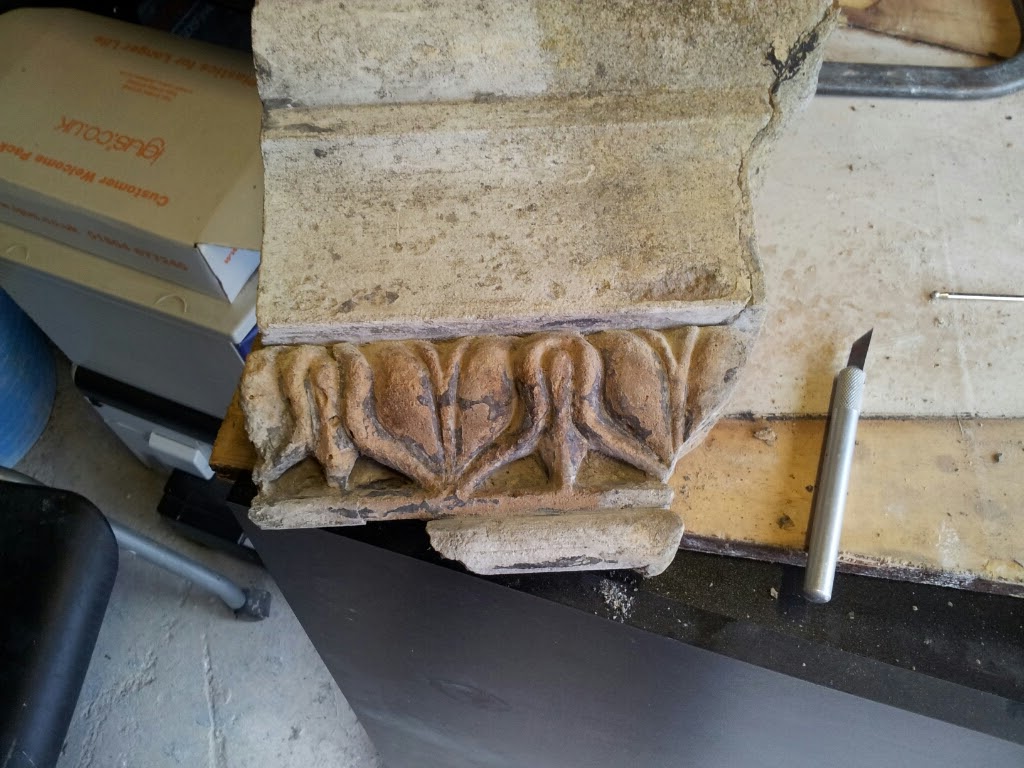 sculpting clay was formed by hand and using small tools to recreate the original lines onto part of the original. 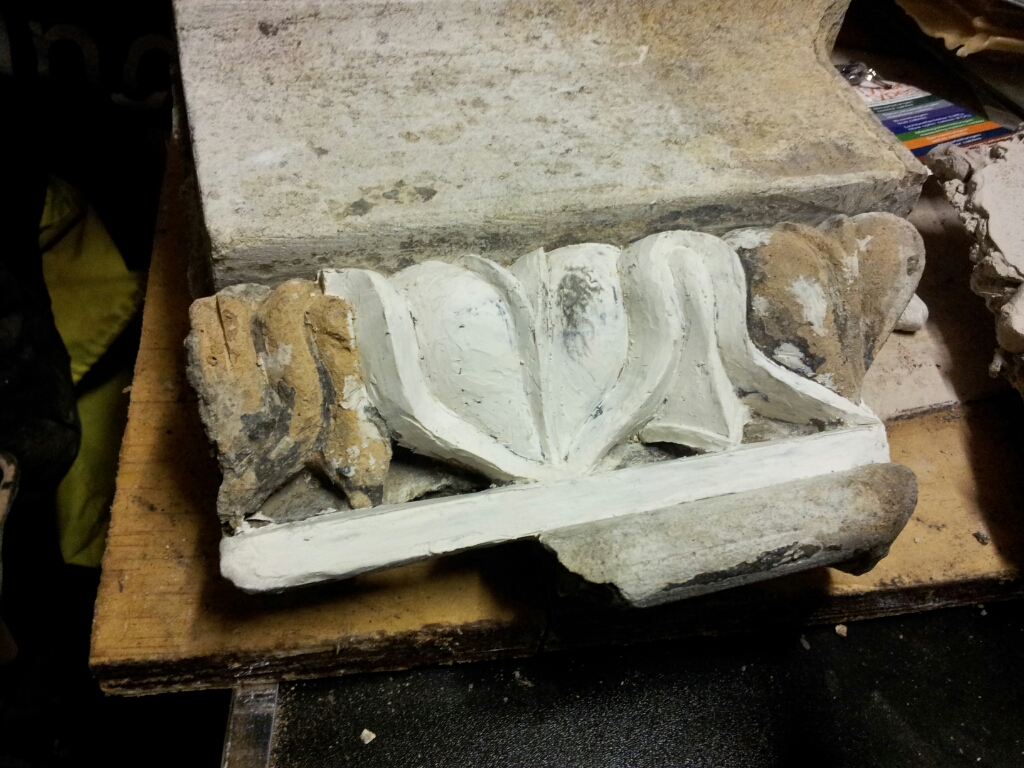 A rubber mould was made and sections cast in plaster of Paris. these were joined together, refined and finished to make the final mould using silicone rubber 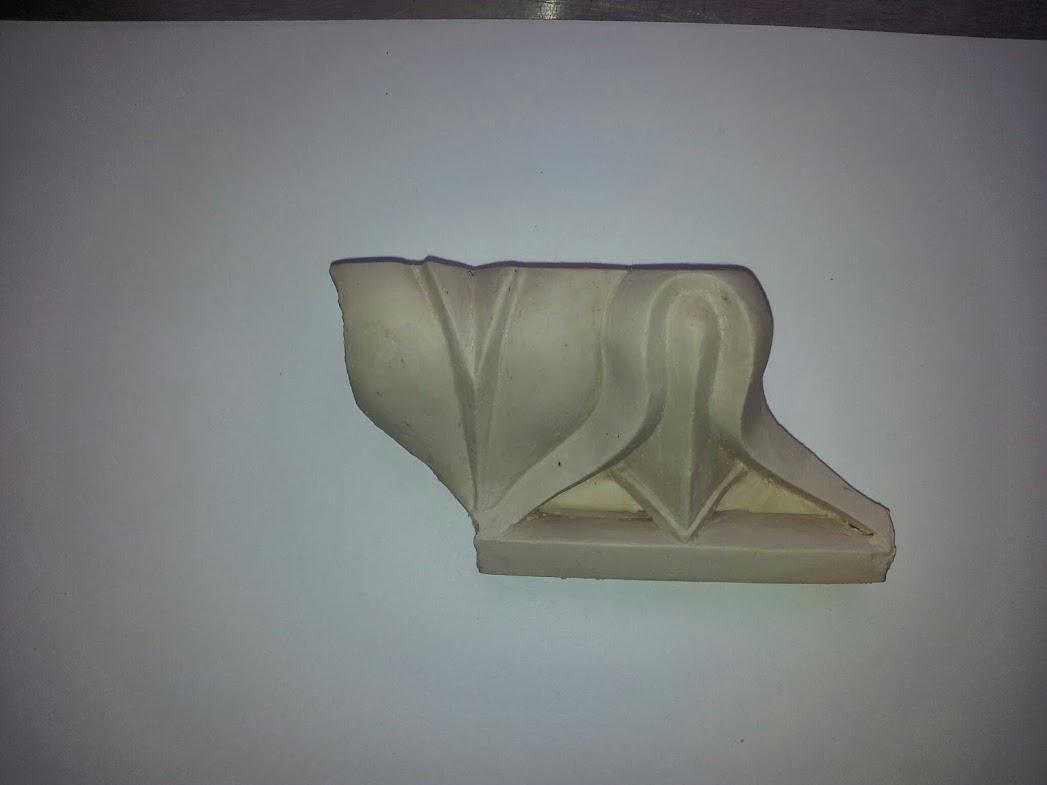 The finished model is now complete along with the silicone rubber mould and support jacket.

This will be used in several projects and cast using several different materials, plaster, jesmonite stone and portland cement. 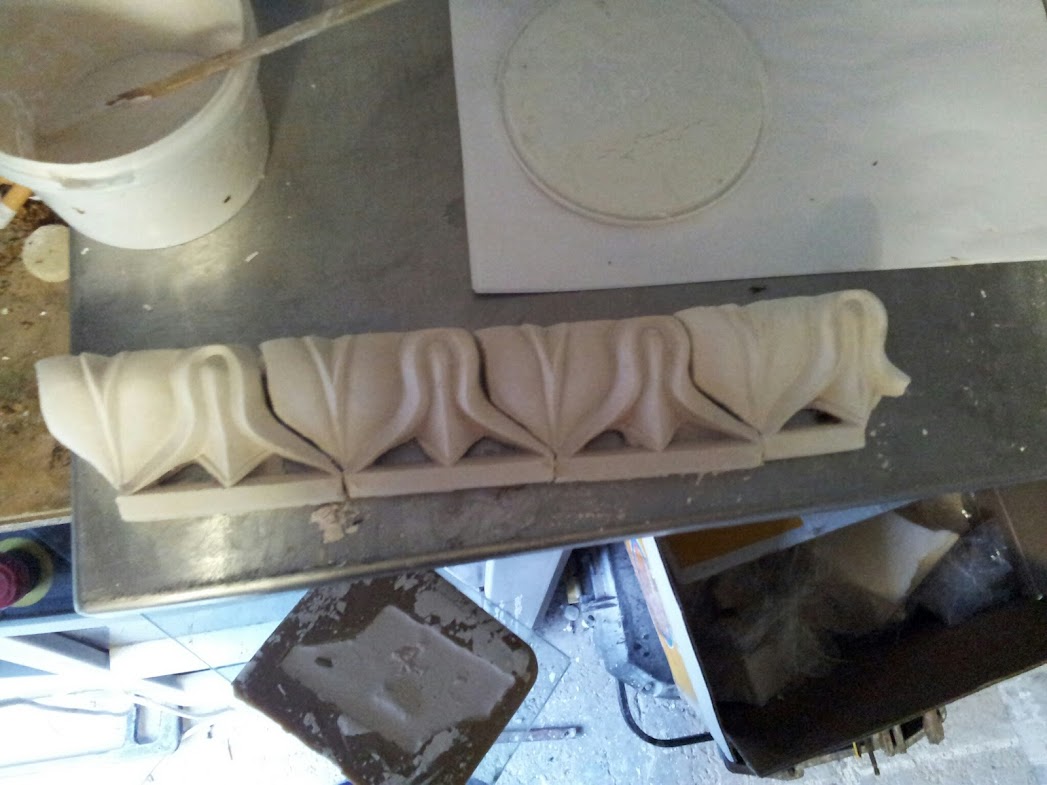 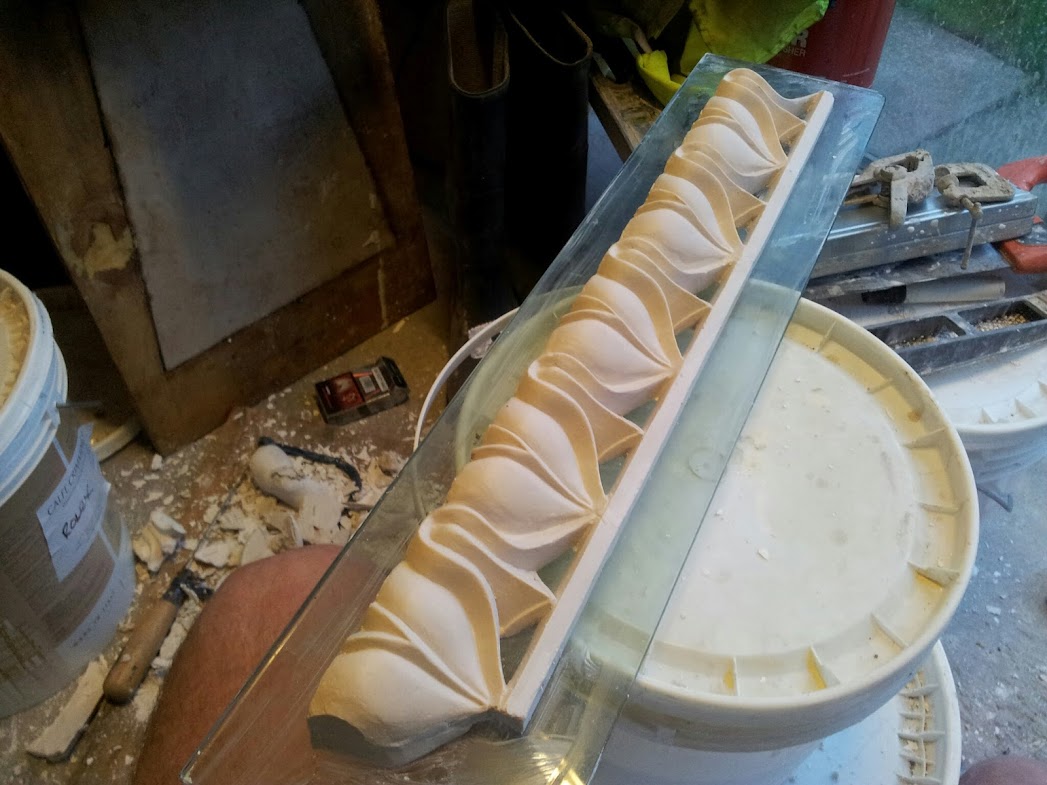 One thought on “restoring cement details”